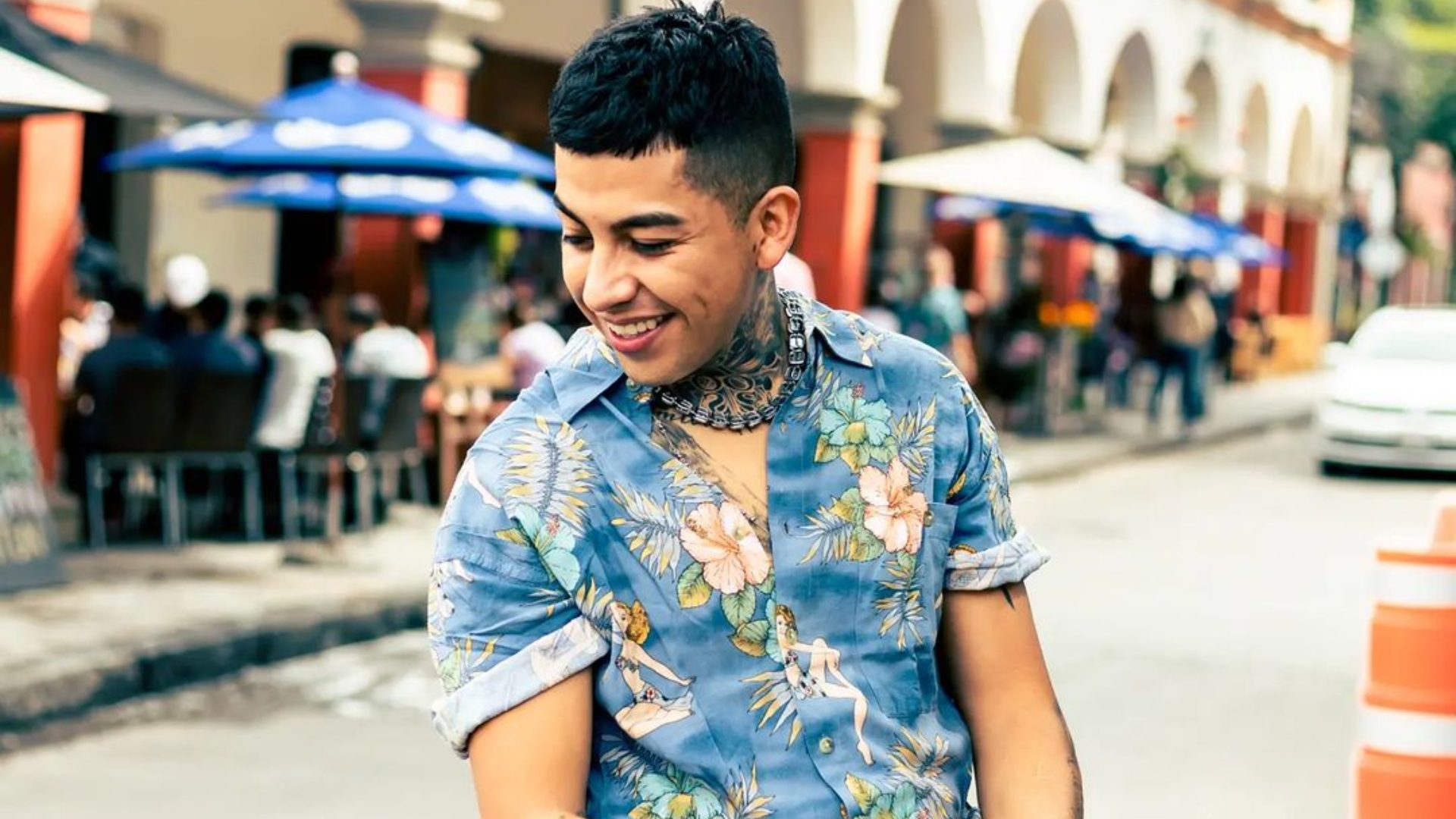 Eme Malafe, one of the most recognized rappers of the capital scene, suffered an attack in the streets of the Morelos neighborhood, in Mexico City. Reports indicate that He was allegedly hit by two assassins who fired their weapons at the musician.

So far, the authorities have not confirmed whether the rapper was accompanied and what the possible motive for the crime would be. A video posted on Twitter shows a parked vehicle and inside, the young musician badly injured.

Before the shooting, the rapper had not been the victim of another attack. His relatives attributed the attack to “jealousy” that sparked his success in the music industry; however, so far the mobile is unknown. 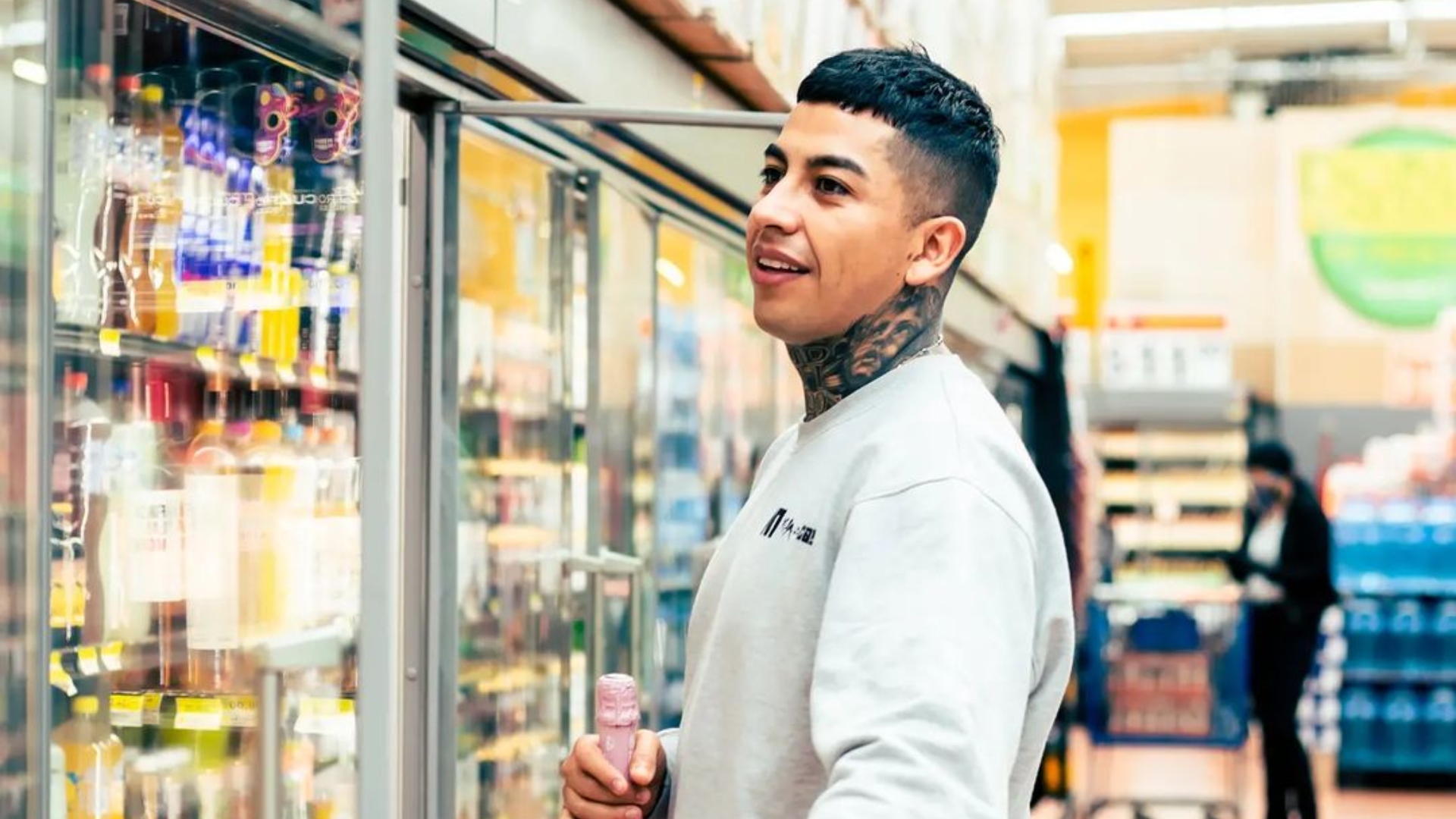 Eme Malafe, since he began his career, he sought to represent the people of his neighborhood, in Morelos, within the heart of the brave neighborhood of Mexico City. In the rapper’s own words, he wanted to give his people a voice through something, and that something was music.

He owes the name of his project to “Eme” from the initial of his grandfather’s name, Martín, and Malafe, because one day he went upstairs to rap and improvise with La Mala Rodríguez, one of the most famous rappers in Spainthus earning the nickname The Mala.

His music is rap in essence, but it has many other overtones that range from trap, to reggaeton, and even passing through lying corridos, and merengue. He baptized it as “Maleanteo”which, unlike what it means in Puerto Rico, here they adopted it that way because of its rhymes, linked to the events of the street, of “the thugs”.

His videos went viral on YouTube, and little by little he became one of the most popular independent musicians of the moment. The dream began with the song “Pa’ Correr Nacimos”, that so far accumulates more than 2 million reproductions. 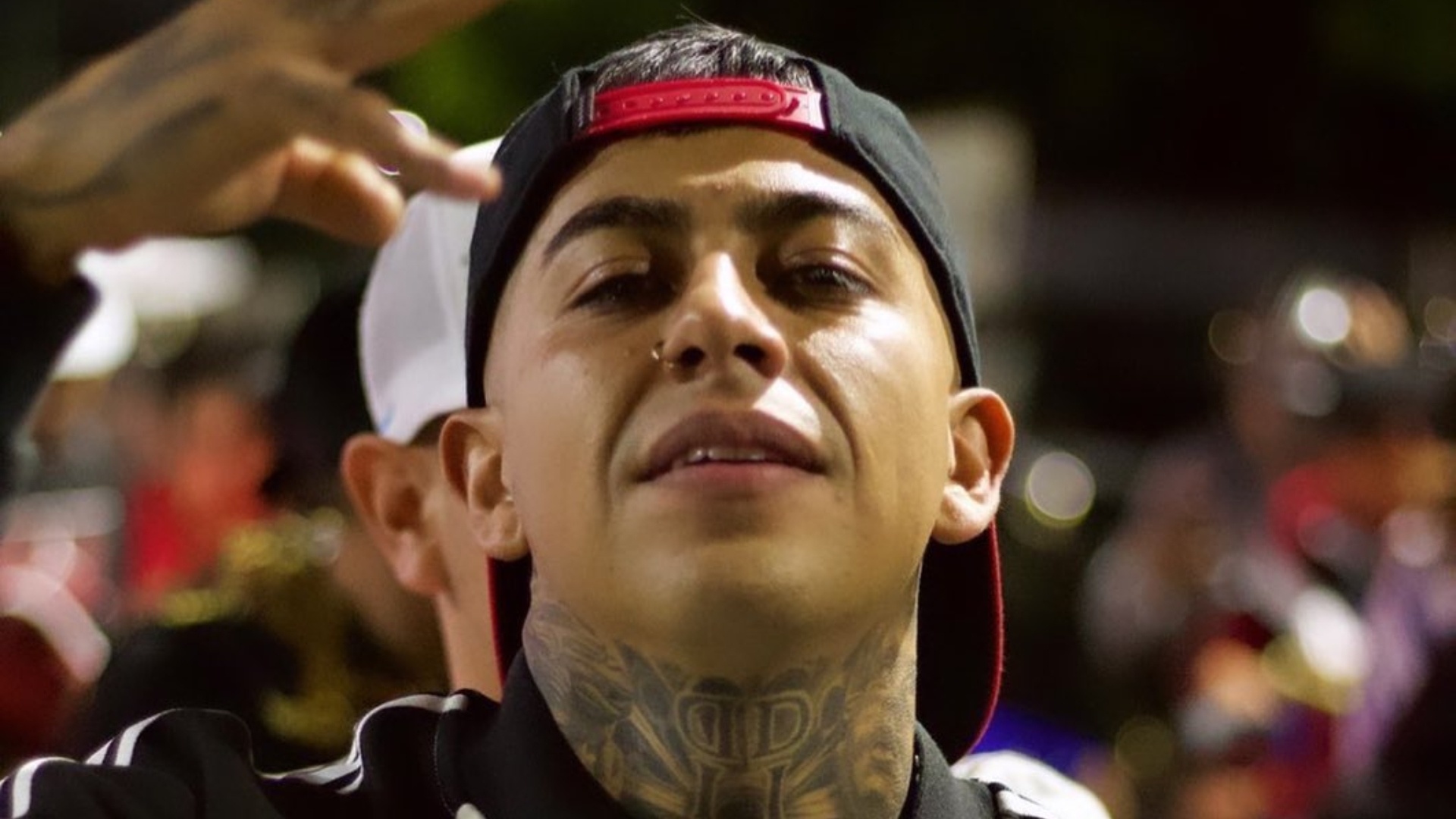 The theme is dedicated to the people who race sports cars and motorcycles on the streets of Mexico, either during the famous drag races or those who enjoy speed anywhere.

Another of his most listened to songs is “Where are you”, dedicated to Gustavo Gabriel, a 15-year-old fan of motorcyclesof the cars and shot to death in the Iztapalapa mayor’s office. Apparently he was surprised by two hitmen on the streetwhen he got out of his car.

“Neither good nor bad” is another of his songs with the most reproductions, 6 million 800 thousand so far. The lyric speaks of a man who lived on the street since he was 8 years oldand who was forced to participate in criminal activities to survive, but ended up mesmerized by the luxuries of the “ticket”.

In the video he can be seen surrounded by motorcyclists and sports cars. Eme Malafe carries a short weapon, while the men who appear carry high-power long weapons.

Until now, Hadrian is one of the few rappers who have recorded songs with himdespite the fact that he is a musician and composer known by several people related to the world of rap music in CDMX or around the continent. 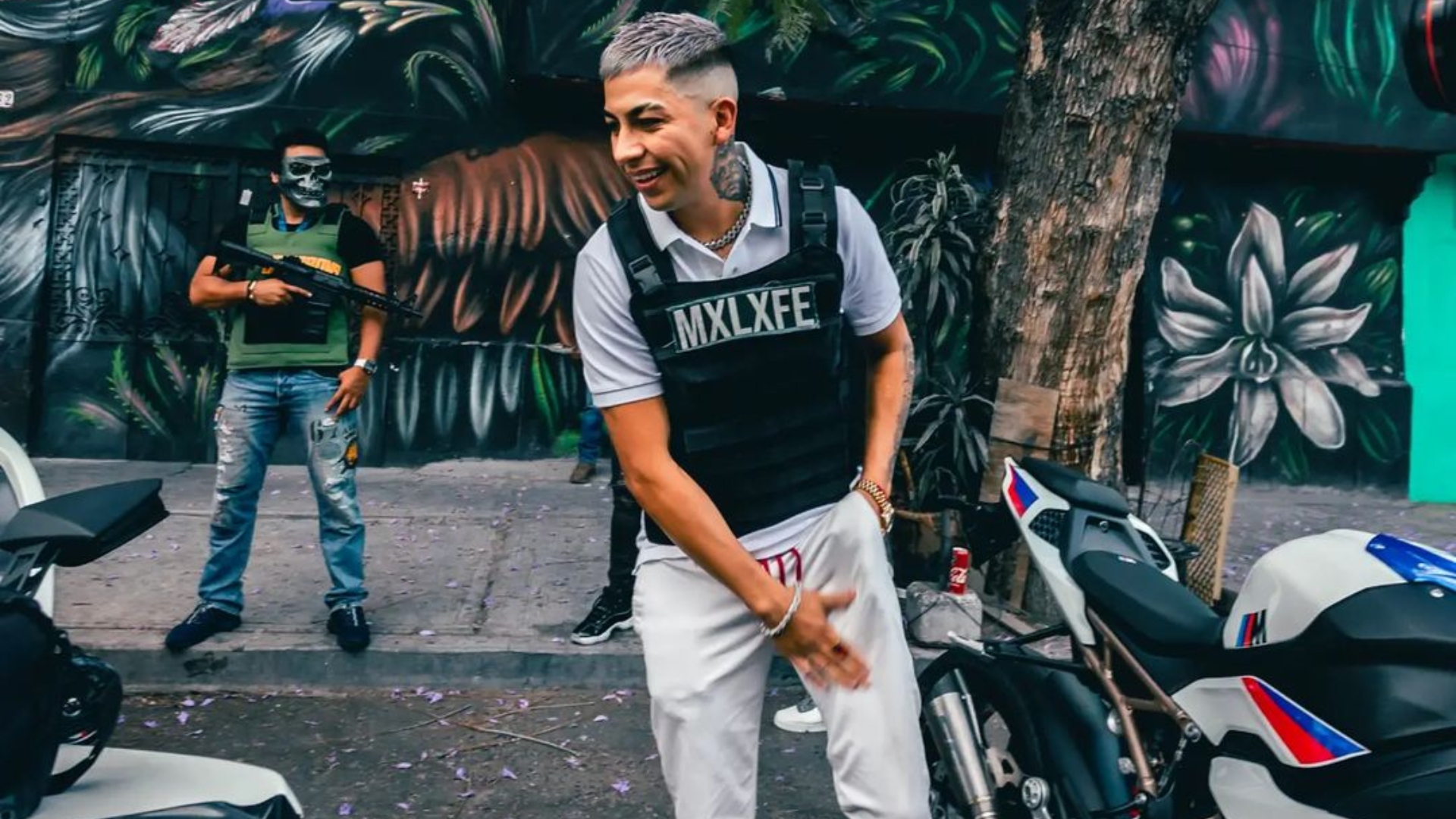 Eme Malafe always dreamed of representing her neighborhood and giving them a voice through music (Photo: Instagram / @ememalafe)

Like all the songs, “Rosario y Balas” also talks about life on the street, and portrays criminal activities in its video clip; in this, mainly portrays the lives of children and young people who are recruited by organized crime gangs to become gang members from a young age.

“El de Ciudad” is a song where the arrangements stand out through a requinto and a brass section, as well as a double bass. With that base he launches some rhymes very much in his style, and with a lot of mischief, but with first steps to become completely a performer of norteño music without rap; “The last bullet” it was also a song of this style, although the rap still stood out. His lyrics, completely about the street, the life of a musician in the rough neighborhoods, and of the consequences of leading a “rogue” life.

“Tu pendejo”, on the other hand, is another of the songs in which the Mexican regional played, through a northern ballad, accompanied by the tuba and the bass sixth. He is also seen with a composition much more melodic than rappedand it is, moreover, one of the first cheesy ones that leave aside the subject of the street.

His most recent song was released about a month ago, and is titled “Ando en la mía”. The theme is the same but in the video you can see the very important evolution that it had since its first song.

Although he has not neglected his beloved neighborhood, the musical quality has been greatly surpassed, and also has more clarity in the construction of lettersand in the way of stringing together words or in the maturity of the messages that he tries to leave for posterity. 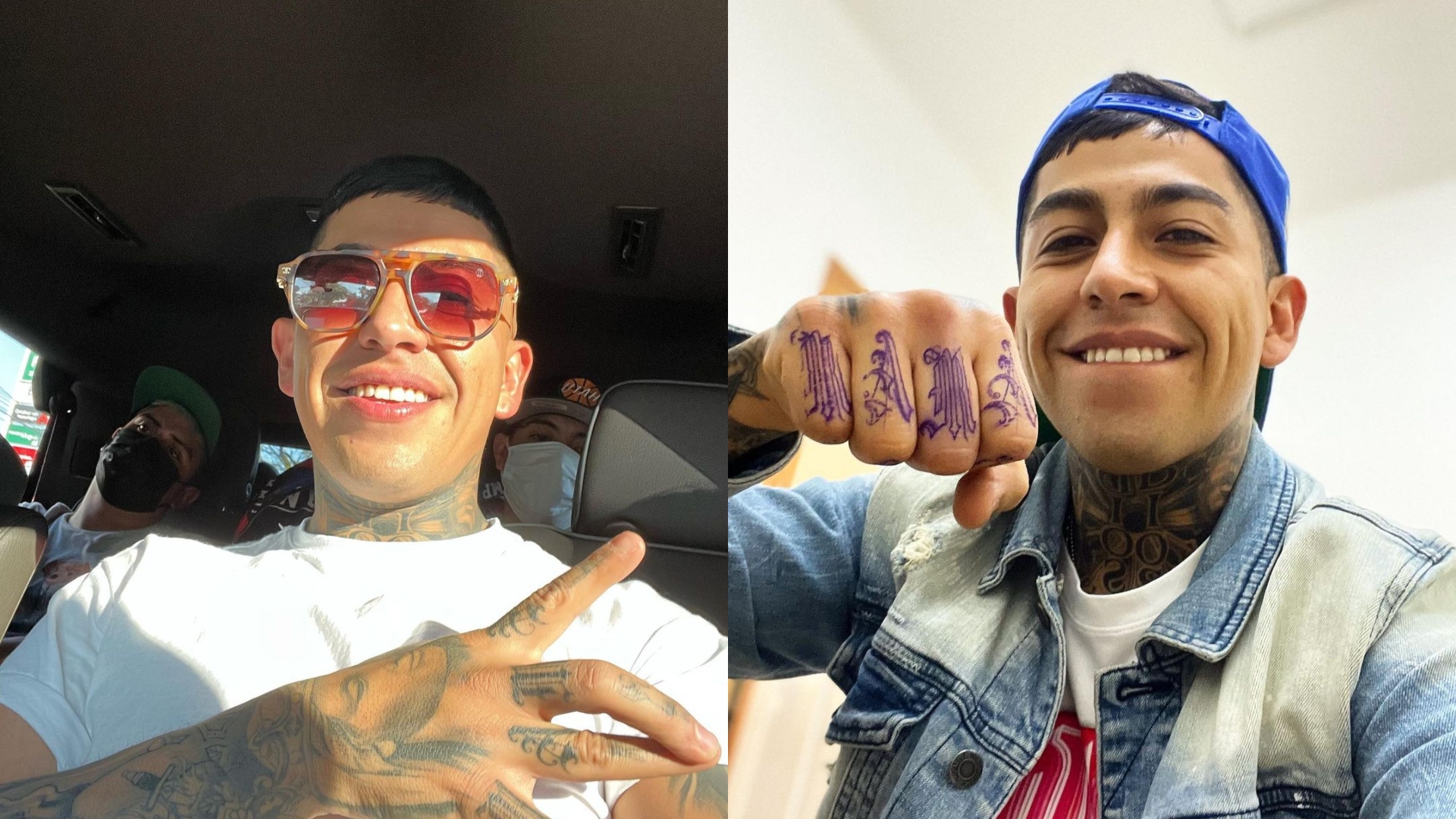 Eme Malafe had one of the most notorious conflicts in recent years in the underground rap scene in the Mexican capital. For the video of his song “Who”, organized a concert in the streets of the Morelos neighborhood of CDMX.

However, up to 10,000 people gathered, so the Police of the Citizen Security Secretariat interrupted the improvised concert, and About 300 people were detained, of which 174 ended up in prisonaccording to his own Eme Malafe.

The concert was convened on a Tuesday as a shot, since the public of motorcyclists always followed it and he was a big fan of it, as stipulated in his song “Para Correr Nacimos”.

For Saturday, all the fans met. Although they knew that the Police would arrive to lift administrative faults, everything got out of control. Everything was recorded in the video clip.

Tabasco: 4 people were killed and 2 seriously injured, however the governor said that “the data reflects something else”
Michoacán family threatens Edomex police with drug banners: “Our war is against rats”
Semar seized almost two tons of cocaine in packages thrown into the sea off Michoacán