Will Smith and Benedict Cumberbatch arrive well ahead in the race for the Oscar for Best Leading Actor, a category in which the Spanish Javier Bardem also competes in his fourth nomination for the Hollywood Academy Awards.

While Bardem already has a statuette, that of “No Country for Old Men” in 2008, neither Cumberbatch nor Smith have one, which has become a determining factor when promoting their work to attract the attention of voters. .

In the last days of voting it has also gained momentum Andrew Garfieldback on the red carpet with three major films released in the same year, “Spider-Man: No Way Home”, “The Eyes of Tammy Faye” and “tick, tick… Boom!”, the person responsible for her nomination.

Finally Denzel Washingtonnominated for an Oscar on a dozen occasions and winner of two trophies, does not seem to be going to add another win in a category with two clear favorites.

WILL SMITH: HE HAS TRIED EVERYTHING TO GET VOTES

If there was an award for the most enthusiastic Oscar campaign, its winner would undoubtedly be Will Smith.

The actor has not hidden at any time his interest in finally winning the statuette of the Hollywood Academy, to which he has already aspired twice: “Ali” (2001) and “The Pursuit of Happyness” (2006) .

Perceived as a blockbuster and easy entertainment actor, Smith has once again earned the respect of “serious cinema” with “King Richard”, in which he plays the father of Venus and Serena Williams in all his nuances.

Since he received the first positive reviews, the protagonist of “The Fresh Prince of Bel-Air” understood that it was his moment and launched into an intense promotional activity that has taken him to practically all the events, red carpets, colloquiums, tables possible rounds and interviews.

He was the most applauded at the Oscars lunch, where he took “selfies” with everyone present in the room and, when he could, he has taken the Williams tennis players to the awards galas. And he has served him well, since he has already won the Golden Globe, the Bafta and the Screen Actors Guild Award (SAG).

Benedict Cumberbatch, for his part, has kept a somewhat lower profile in the campaign for the prize. He hasn’t missed it either, since “The Power of Dog” is the most successful film of the season and the undisputed favorite of the night. His director, Jane Campion, practically already has his name engraved on the trophy.

With such good publicity, it is very likely that most of the almost 10,000 Academy voters have seen Cumberbatch’s restrained and deep performance in a film that deals with issues such as toxic masculinity, homosexuality and lack of affection.

The actor, who was already nominated in 2014 for “The Imitation Game”, gives life to an unpleasant cowboy who, as authentic as he is in his role, could add fewer votes due to his lack of charisma.

That Hollywood respects Javier Bardem is no secret. His intensity in “No Country for Old Men” was etched in the retina of American moviegoers, who have not forgotten the Spaniard, who has already received his fourth nomination.

This time for “Being the Ricardos”, where he gives life to the funny Desi Arnaz, a Cuban comedian who won the affection of millions of viewers with the television series “I Love Lucy”.

In his favour, Bardem has shown the general public his mastery of a register in which he dances, sings and exudes joy.

But the idea of ​​a Spaniard playing Cuban in an industry surrendered to colonial and racial hypersensitivity can work against him, especially when every time Bardem tries to explain his position a new shower of criticism falls.

ANDREW GARFIELD: THE BROOCH TO HIS GRAND RETURN

It’s hard not to have seen Andrew Garfield on the big screen this year: He’s been in the highest-grossing movie, “Spider-Man: No Way Home”; he has accompanied Oscar favorite Jessica Chastain in “The Eyes of Tammy Faye,” and is a nominee for “tick, tick… Boom!”

While his agent deserves a special mention, the actor could pull off an upset by capitalizing on the split between Smith and Cumberbatch.

His performance, as an aspiring showbiz star facing the anxiety of turning 30 without achieving his dream, will resonate with many of the voters. More if we take into account that he plays a real character, something very much to the taste of Hollywood.

Not since the 1980s has there been a decade in which Denzel Washington hasn’t been nominated for an Oscar. In the last decade they were four times as an actor and once as a producer. Before, he won in 2002 (“Training Day”) and in 1990 (“Glory”).

On this occasion he arrives at the awards as the protagonist of “The Tragedy of Macbeth”, a film by Joen Coen (half of the Coen brothers), as perfect in its aesthetic minimalism as it is unnoticed by the general public.

The nominees for the most anticipated categories of the Oscars 2020 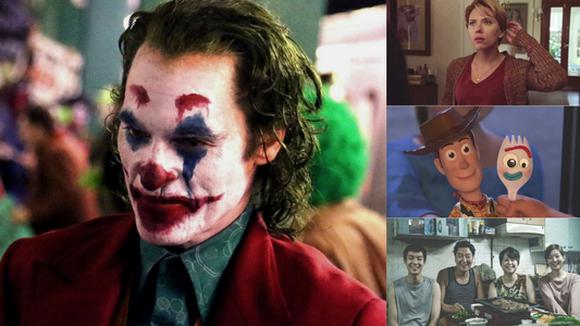 The Oscars gala is just around the corner. Find out here which films are nominated and which actors are vying for the golden statuettes this