The video went around the internet and around the world within hours. On the stage of the 2022 Oscars, comedian Chris Rock carries Will Smith’s wife, Jada, and makes fun of the head she has just shaved because of a rare disease from which she suffers. The joke frankly does not make the interpreter laugh, the American actor who gets up from his seat and comes to slap Chris Rock in front of the whole assembly… “Get my wife’s name out of your fucking mouth”, Will Smith then shouts at his rival. 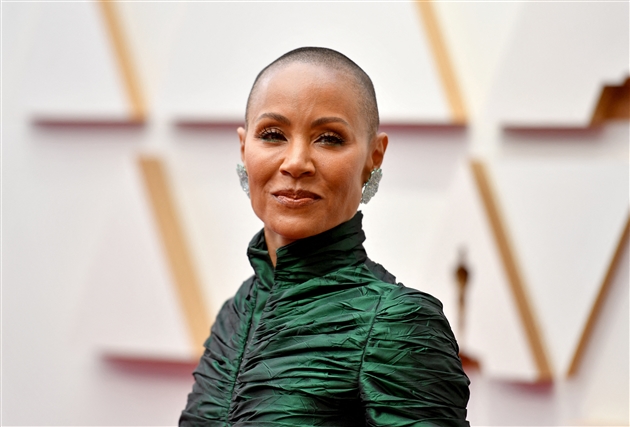 This scene shook the room and we could observe many reactions. Sitting behind the Smiths, we first saw actress Lupita Nyong’o in shock: her face taken aback and smiling at the same time.

Much more expressive, the reaction of Nicole Kidman. Wrapped in a gorgeous gray dress, the stunned Australian actress is seen screaming. An image that should go down in history…

We also saw the faces of Meryl Streep, Charlize Theron, Emma Stone or even Matt Damon completely flabbergasted after the Hollywood incident.

On stage, it was Amy Schumer who co-presented the ceremony who tried a joke to lighten the atmosphere. “I went to get me a Spiderman costume, I missed something, I feel like something has changed”she joked.
Actress seen in the Scott Brothers series, Sophie Bush tried to temper: “Violence is bad. Beatings are never the answer but this is the second time Chris has made fun of Jada on the Oscars stage tonight and made fun of her alopecia. Making fun of someone with an autoimmune disease is wrong. They both need to take a deep breath.”
Director Judd Apatow was less understanding of Will Smith’s behavior. He commented and tackled it live. “I’m glad Chris Rock is okay. Will obviously didn’t learn anything about the set ofAli. His punches are obviously as innocuous as his rapping.”

Will Smith received this Sunday for the first time the Oscar for best role for the film The Williams Method. He then returned to the stage after the slap episode and apologized to his team and the organizers of the Oscars. “Love makes you do crazy things. My vocation is to love people and to protect them and to be an anchor for my loved ones, he explained crying. In this job, some will disrespect you and you have to smile, act like it’s normal. (…) I hope the Oscars invite me back.” On his Instagram account, Will Smith seems to have calmed down and posted a video of him and his wife before the ceremony, captioned “Me and Jada all dressed up before wreaking havoc”. Almost two million people have already “liked” it.