A documentary about the iconic Puerto Rican urban music duo Wisin & Yandelwhich will highlight their two decades of successful career and follow the artists during their last tour, is in the production phase and will be released in 2023.

The project will span the duo’s history from their beginnings to their farewell album and tour, “La Última Misión,” which kicks off on September 30 and includes 26 concerts in the United States.

The documentary will be produced by Wisin & Yandel together with Walter Kolm and Chris Duque, from WK Entertainment, and Andy Martinez, from Jak Entertainment, in association with Sony Music Latin, according to a statement released this Wednesday by the producers.

“I am excited to be able to share the story we started 25 years ago, one that can serve as an inspiration for many young people today. Seeing part of that journey on the big screen certainly fills me with pride and reminds me how important it is to have dreams.”Wisin stated in the note.

For Yandel, having the opportunity to capture his career in a documentary will allow fans to “relive unforgettable moments”, as well as enjoy never-before-seen images and their farewell as a duo with “La Última Misión Tour”.

“I am excited to know that our careers and our contributions as artists and leaders of a musical movement that has made history will be imprinted forever in this very special way”he pointed.

For his part, Walter Kolm assured that “Wisin & Yandel contributed immensely paving the way for many and really created a global movement that is undeniable not only for Latin music, but for the entire industry.”

Along the same lines, Andy Martínez said that “the story of Wisin & Yandel has to have its own documentary so that fans can enjoy a great story of overcoming and discipline.”

“La Ultima Misión” is the last tour of Wisin & Yandel as a duo, the farewell to their fans, and it starts on September 30 at the FTX Arena in Miami.

The tour concludes on their home island, at the José Miguel Agrelot Coliseum of Puerto Rico, where they have already achieved a record of 14 dates sold to date.

“I am Legend 2″: this is what is known about the sequel to the film starring Will Smith 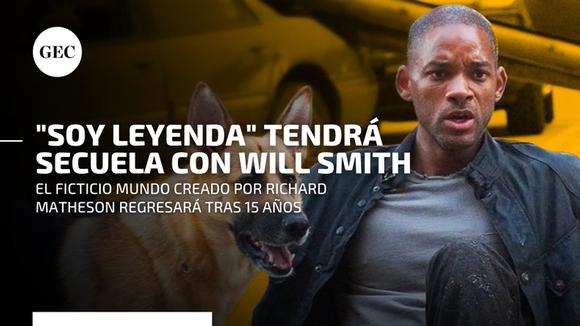 Do you remember the movie “I am Legend”? After 15 years of its premiere, it will have a sequel. Do you want to know all the details? Here we tell you.