Last Sunday, November 20, the inauguration of the World Cup Qatar 2022 at the Al Bayat Stadium and fans from different countries continue to arrive in the Arab country to support one of the 32 teams that will compete for the cup.

Among the thousands of fans who managed to travel to Qatar to see the most important football event live, there are well-known characters from the Peruvian show business, however, there are also others who had announced their presence in the World Cup but unfortunately they were unable to travel due to various factors.

The former reality boy is in Doha enjoying each of the Qatar 2022 World Cup matches as a special guest of a well-known cell phone brand.

Flavia Laos’s couple was very excited about their experience in this international event and shared on their social networks how well they are having in Arab lands and even encouraged themselves to broadcast the opening gala live.

“The inauguration has been cool, I thought it was amazing. BTS sang, for people who wonder. We are enjoying the World Cup spectacle. For all my people in Ecuador today they take it fixed, I will be shouting their goals. The show was very nice”, maintained Austin Palao.

The Brazilian model better known as ‘Cachaza’ also traveled to Doha to enjoy the opening and the matches of the Cup as the image of a cell phone brand like Austin Palao.

Rafael Cardozo’s ex has been posting on her Instagram stories about her experience at the Qatar 2022 World Cup. She also shared various images with Austin and her colleagues at the Al Khor stadium.

“There are no words to describe what it feels like to be here, I am just too grateful for every opportunity, for every unforgettable moment that I am living. I’m in a World Cup. I can not more of happiness. Thank you Vivo Peru for making this possible”, said the former member of “This is War”.

The former member of “Esto es Guerra” traveled to Qatar and was present at Argentina’s debut in the World Cup against Saudi Arabia, a match that was won by the Arabs.

The Uruguayan model attended the match wearing the shirt of the Argentine team, but after the historic victory of Saudi Arabia, he was seen leaving the stadium along with all the winning fans who celebrated non-stop.

The Gol Perú journalist was unable to travel to Qatar to cover the World Cup after the suspension of operations at the Jorge Chávez Airport due to the crash between a Latam plane and a firefighters vehicle, which resulted in the death of two rescuers.

After mourning the death of the two firefighters, Ana Lucía Rodríguez told her social networks that she was stranded after the cancellation of the flights due to this fateful event.

“Regarding the trip to Qatar, we spoke with the airline from Madrid to Doha to go on another flight, but they told us that there was no availability until November 26. Bye Qatar, things happen for a reason. It will be until 2026, with my team“, he pointed.

In February of this year, Brunella Horna had announced that she would accompany her boyfriend Richard Acuña to the Qatar 2022 World Cup and that they even already had their tickets purchased, however, the model did not attend this event.

Everything indicates that the “Baby Brune” and the former congressman gave up making this trip to focus on the preparations for their wedding, which will take place on Saturday, December 17 in Lima.

The place of the event is still a mystery, but what is known is that the wedding dress will be in charge of the same designer who dressed Ethel Pozo in white.

“I bought a dress in Miami, it was a simpler dress, more for the countryside, but since the location was changed to Lima, they are making me another dress here”, explained the América TV presenter. 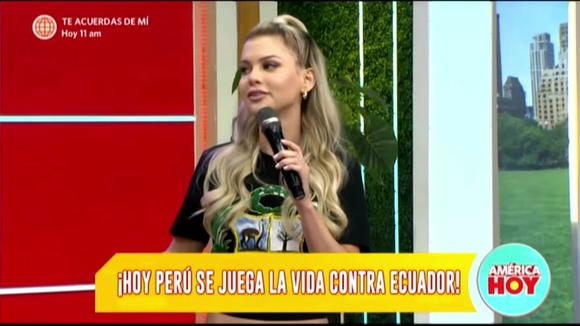 Brunella Horna says she will go to Qatar 2022 https://www.americatv.com.pe/

World Cup 2022: Maluma at the opening of the Fan Fest in Qatar 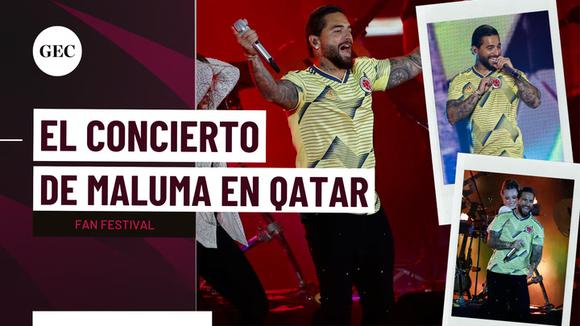 After forgetting the controversies, Maluma performed “Tukoh Taka”, one of the official songs of Qatar 2022 at the Fan Fest in Doha. That was her concert.