This Saturday the third chapter of “I’ll pick you up” through the screens of Channel 13, Pancho Saavedra invited the most renowned seer in Chile, Yolanda Sultana Halabito take a walk through the streets of the capital, to review his personal life and his professional career.

Saavedra went to look for the mentalist, also known as “Aunt Yoli”, at her house located in Ñuñoa; here, the woman gave her a warm welcome and revealed her home, she introduced her daughter, Maria Soledad Duran and showed the large number of cacti and succulents it has, “all for good luck”he pointed.

Later, the animator was able to see part of the recognitions that Yolanda Sultana has, all exhibited in one of the rooms of the house. “This is my museum”said the woman as she showed the greetings, all framed, from various former presidents, such as Eduardo Frei Ruiz-Tagle, Fidel Castro, Dilma Rousseffthe Kings of Spain, among others.

Faced with so many greetings from leaders from all political sides, the seer pointed out that, “Honey, I don’t have a political party, but I have quite a big mess, the one who assumes president, there I am”confidence that caused the driver to laugh.

In addition, the family counselor revealed to Saavedra that all those greetings from leaders are responses to the greetings that she has sent them, “I am writing to find out how your country is doing and the path that presidents can take… And also, I wrote to the United States, I said that the Twin Towers… there was going to be a disaster… I sent word to President Bush and it turns out that he replied, ‘thank you very much’”.

Yolanda Sultana and her relationship with politics 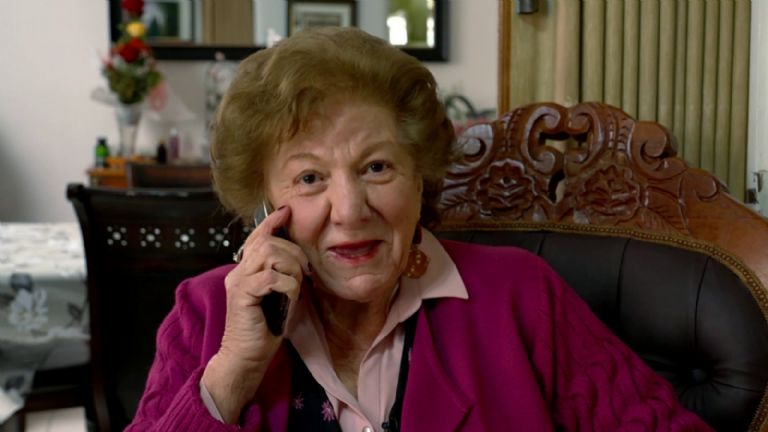 As for his relationship with politicians, Yolanda Sultana declassified what he said to Salvador Allende, “I predicted Allende’s death, I went to the President Allende and I told him ‘black future for Chile’I saw a very big disaster in Chile, many deaths… it was fulfilled to the letter”.

Likewise, he revealed that his power is something innate, he was born with this characteristic, he never took classes and was self-taught. Since she was little, she guessed things to her relatives without making mistakes. The same thing happened with card reading, she learned the meaning of each card of the Spanish card.

Also, he declassified his devotion to the Virgin of Carmen and when asked by the driver what she would like to do when she retires from her job, she replied: “I would like to live in a field, live with a lot of people, that I can help, that is my end”. He added that he already had that field, but he had to sell it because he helped a lot of people and he ran out of money; “I had to sell it because or else I would go to hell”, confessed.

After subjecting Pancho to a cleaning ritual, for good luck, the driver invited her to get on the red Falcon and start this journey to remember the most important moments of her personal and work life.

To the beat of marcianeke, hot dog and his guest began the tour through the streets of Santiago, receiving greetings and demonstrations of affection towards the renowned seer, throughout the journey.

Facing Saavedra’s question, “Where does the ‘good luck’ come from?”Mrs. Yolanda recounted that, “It was for Leo Caprile, in a program, that’s where it came from. Because I was a huasa, if I come from the south, from Pucón and I said ‘good luck to you, good luck to you’, and that’s just the way it was”.

The seer also revealed that she was looking for children at social risk, managed to bring together 24 minors, helped them, dressed them and gave them an education, something that she did not have, since she only reached basic education. Thus, she managed to lift them out of poverty, turning them into “Useful children in front of society”he pointed.

“Aunt Joly” pointed out that her family had a very good economic situation in Pucón, her father had a store called “La tijera”, where he sold everything. In addition, she said that she was a very naughty girl and good at playing, she belonged to a family of Arab immigrants, being five brothers. The woman explained that one of her nephews is the singer of the remembered “new wave”, Juan Carlos Abra Halabiwho now resides in Mexico.

With great sadness, Yolanda remembered that when she was 10 years old, her parents’ store burned down, they were unable to save anything. “That’s where poverty began, my mother died in the hospital in Pucón… We went to Panguipulli and my father started working out of nowhere, my sister beat me up with the subway… I sold my clothes and came with my chickens… ‘I sell chickens ‘ and everyone went out to buy me”the mentalist declassified when remembering a part of her childhood. 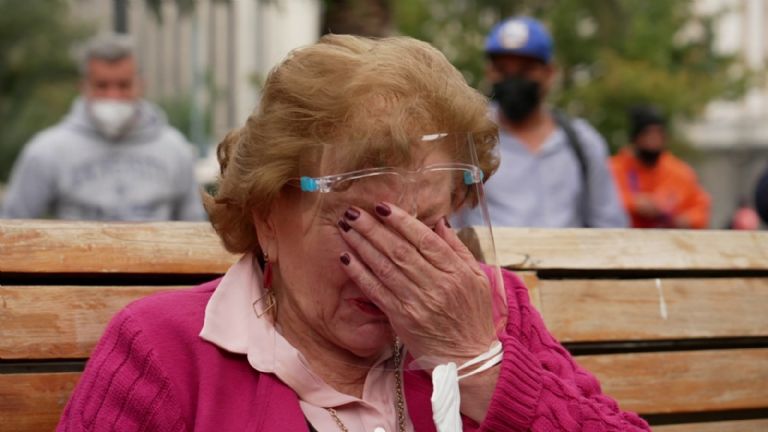 Pancho SaavedraHe invited her to walk around the Main Square, to recall a part of his past. Arm in arm with the animator, he continued his story, at the age of 17 his father died and in 1956 he came to Santiago, without having any contact in the capital. And it was in this central place, where the young woman had to sleep three nights on a bench in the square, because she did not know anyone.

He remembered his coming to Santiago by train and reflected, “I wanted to follow the example of my parents, who came from the war and, really, that’s how they emerged”.

She related that her first job was found in an ad in a newspaper, working as a home counselor. Later, she was a saleswoman in a store, in which the owner belonged to the Arab colony, without telling them that she was a “civilian”, when they found out, she changed to another job, to a laboratory, where she washed bottles containing antibiotics.

At the moment that the driver asked her about her feelings, being in this same place where she had to sleep at the age of 17, the guest remembered between sobs, “To get to fame you have to step on the mud. Francisco, it is not easy to be here, it is not easy to tell this story, it is not easy to remember later that one is old, that is why I am simple, the fumes have never gone to my head”.

Still sitting in the Plaza de Armas and surrounded by people, Yolanda Sultana sent a message: “That’s why kids, listen to me, the perseverance that you have to have to reach the top… go to work girls, keep your job, because your work will give you a home, economic security and good well-being”words that drew applause from those who listened in the place.

Another important moment that the seer recalled was her first television interview, something that changed her life because she managed to become known and have public recognition. “I was born on Channel 13, with Don Francis my fame came in Chile and abroad”noted about his first appearance in “Giant Saturdays”.

In the last part of “I’ll pick you up”Saavedra surprises the renowned mentalist, taking her to the Palestinian Club, where the guest recalled her customs and her Arab descent. She at the same time she remembered again her parents and the death of both.

Finally, he revealed why he has never wanted to get married, because he does not want his daughter’s property to be taken away, adding that “To live with a person, you don’t need a paper, so the property belongs to my daughter”he stressed adding, “My daughter is my national pride.”